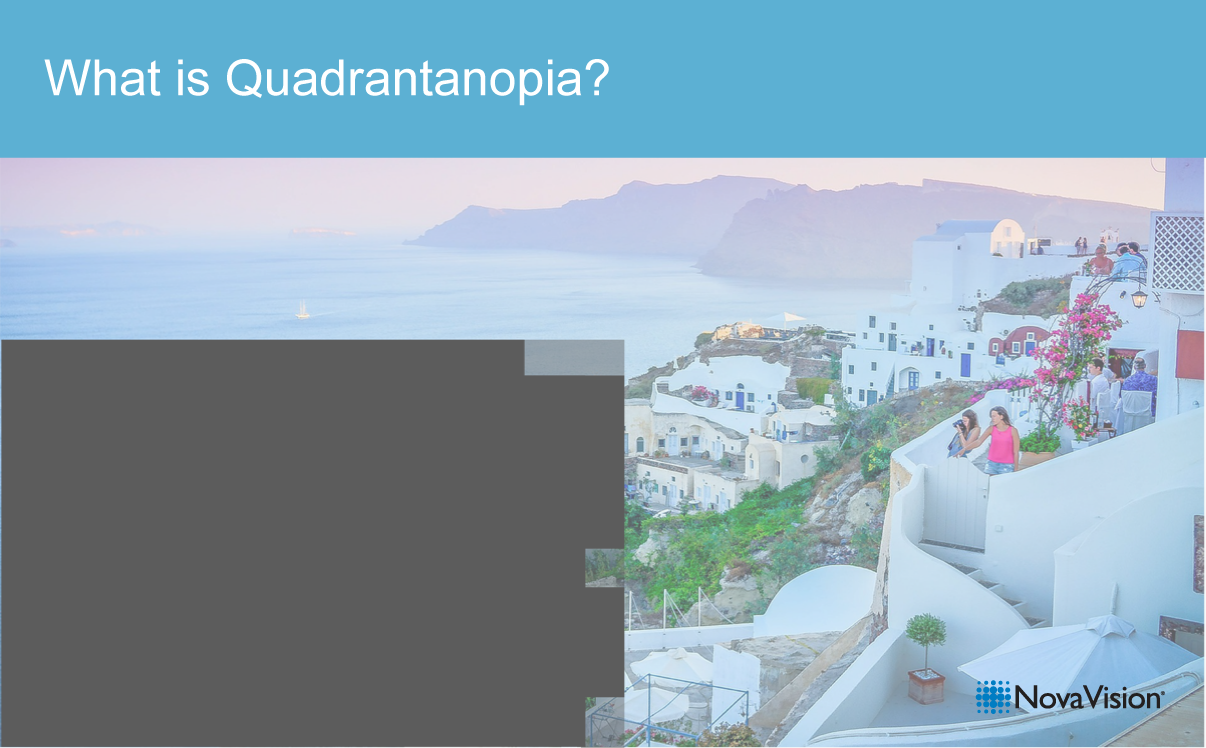 Quadrantanopia can also result in significant constraints of one’s vision and ability to perform daily life activities (including the possible withdrawal of driving permission), but is – obviously –less severe than hemianopia. It is often a result of a brain lesion in the so-called “optic radiation” area, further back in the brain. In this area the neuronal structures fan out into a much larger area and as so brain lesion in this area therefore is likely to affect less of the visual pathway structures than it might in other areas of the brain.

Often, directly after a stroke or occurrence of other brain lesions, a patient is diagnosed with hemianopia, but this loss of half the visual field can decrease during the course of the following weeks or months. Sometimes it completely disappears; sometimes it disappears in one of the quadrants, but remains in the other. Typically, an acute brain lesion is accompanied by swelling that causes functional impairments equal to the lesion itself – the lesion and swelling combine to affect a large area of the brain and cause hemianopia. As the swelling dissipates over the following months, the hemianopia and the associated functional impairments will also reduce. The remaining vision and functional loss is caused by the lesion itself, and this may result in residual quadrantanopia.

There can still be a lot of potential for further improvement to this residual visual deficit. As long as there are still some residual visual functions in the area of the quadrant, there is a good chance of improvement with Vision Restoration Therapy VRT. During VRT the remaining functional structures along the border of the visual field loss will be intensely stimulated with light input that needs to be responded to, and thereby improve range of function and sensitivity.