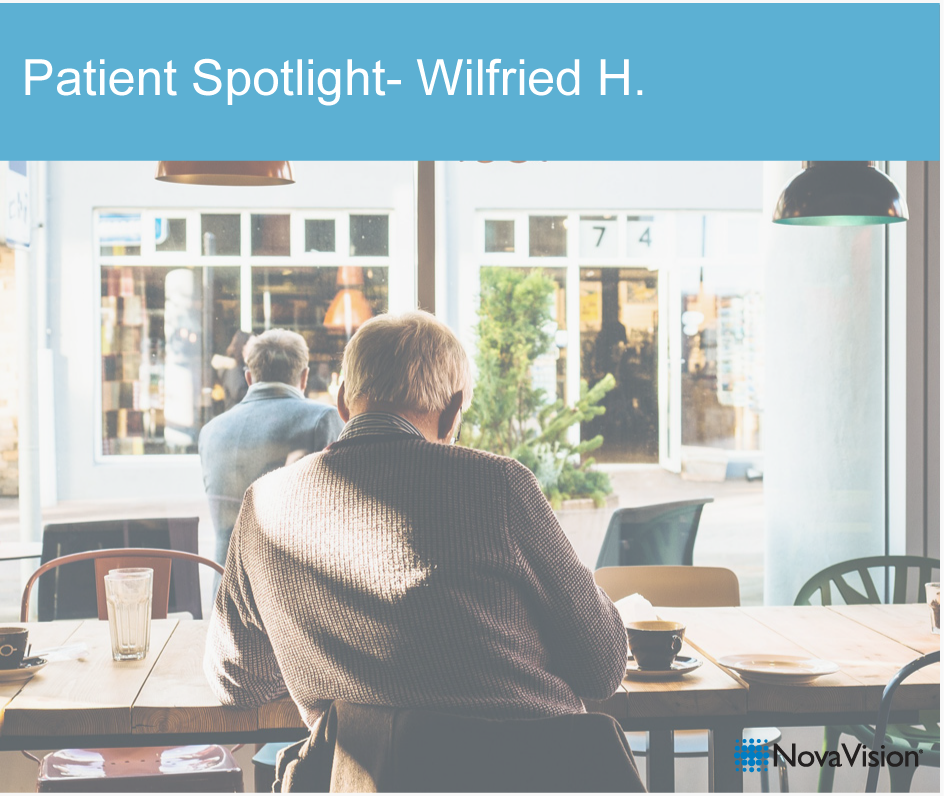 A stroke occurs every five minutes in the UK where there are approximately 1.2 million stroke survivors(ref), and around 348,000 people are admitted to hospital with a brain injury each year(ref).  Up to 60% of people who have a stroke will experience some kind of vision disorder. Vision disorders can come in the form of hemianopia (loss of vision on the upper and/or lower left or right part of the visual field ), constricted visual fields, scotomas (islands of vision loss), perception disorders, and/or eye movement disorders.

NovaVision has created a comprehensive suite of vision restoration and compensation therapies dedicated to improving the lives of people who have had a stroke or other brain injury and have vision disorders. All our therapies are supported by years of scientific research and published clinical studies. However, although the scientific studies and statistics are impressive, it’s often the personal success stories that can be the most interesting and persuasive.

One recent client from Germany kindly agreed to share his story with NovaVision.*

Wilfried H Niedersachsen from Lower Saxony had a haemorrhagic stroke in July 2015. He was left with a visual field defect on the left, which he said limited his daily activities considerably. There was no sign of improvement during the six months after the stroke so Wilfried looked for potential therapies that might be able to help. He found NovaVision and started the NEC (NeuroEyeCoach) program in January 2016. NEC is NovaVision’s compensatory therapy designed to improve a person’s use of the small, rapid eye movements (saccades) that allow people to build a full picture of what is going on around them. Inefficient eye movements can make getting around, finding things and general daily life much harder.

Although he said he was sceptical at first, Wilfried soon began to notice big improvements. He is now riding his bicycle again and feels he is getting on “much better” in his everyday life. For example, one day during a visit to his local supermarket, he asked a member of staff where he could find a particular product. He was pointed to the aisle and was amazed to be able to find the product immediately. He said, “This really works. That (finding the product easily) would not have been possible two months ago. It (his eyesight) is almost as it was before.”

Now he says that when he is out and about he does his own vision exercises by paying particular attention to everything that happens on his left (damaged) side. “I see the cars and notice their colours. So I am training my vision in everyday life.”

Wilfried has now completed the NEC program and has started VRT—Vision Restoration Therapy, which he hopes will improve his sight even further.

*Wilfried’s story has been translated from German to English and his comments may not be exact quotes.